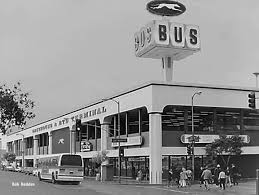 I will share with you an episode of a time in my life when my good friend Jack and I both shared an apartment in Brooklyn Williamsburg even though both of our backgrounds were Chassidic ultra-orthodox religions. After living through the Holocaust we both felt that this kind of lifestyle was too restrictive for us. My friend Jacks background was even more orthodox than mine. Since he lived in Hungary his Holocaust began in March of 1944. I on the other hand lived in Krakow Poland where our Holocaust began in September of 1939. That is when my education stopped at the age of 10 and a half which means that even though we were about the same ages he had 4 ½ years more of education and at the age of 15 ½ Jack was given “SMICHUT” which means that he was ordained as a Rabbi.

Jacks profession was an upholsterer. I on the other hand had no profession. It was the summer of 1949 when young free and eager for adventure we decided to use our little bit of money and I emphasize “little” we decided to go west to Golden California and start a new chapter in our lives. Even though we didn’t know anyone in – or anything about California we were convinced that moving there would change our luck.

Our friends and family however, had all tried to dissuade us from going to Los Angeles. They told us that there were no Jewish people there and that we would be completely isolated and removed from “Jewish Life”. At that time, although neither one of us wanted to abandon our Jewish Life, we strongly felt that we could no longer stay under the strict yoke of Orthodoxy. The constraints it imposed seemed to have a strangle hold on our lives and spirits. We didn’t want to leave our families but we had to leave their restrictive life style. So we packed our still meager belongings, said tearful goodbyes to our friends and family, purchased our greyhound bus tickets and we were off!

During our four-day trip across the country, we tried to absorb as much as we could of the amazing landscape and practice our primitive English. We were filled with gratitude to be able to live in this beautiful country AMERICA.

Speaking of places where we lived any illusions we might have had about comfortable accommodations in LA quickly evaporated when we arrived at the bus station in Los Angeles.

We got off the bus and walked around the corner to Main Street and sadly realized that we were actually on Skid Row, a very squalid, dangerous section of town inhabited by drunks and derelicts, however it did have a shabby hotel and since we had little money, the one dollar cost per night for a room was the right price, and as bad as it was I’d survived in far worse conditions so I wasn’t worried. We decided to stay there for just a few days until we found employment. To the degree that we could understand the English language, Jack and I immediately started checking out the help-wanted ads in Newspapers. We were willing to take anything that came our way, but even though we changed our locations from East to the West coast, our luck didn’t seem to be changing. We ended up staying I that dingy hotel for a month, each day more hungry and less hopeful than the day before.

Despite all our efforts, neither one of us could find any work, as we ran out of money and we had no choice but to start hocking (trading possessions for money at the pawn shop) our few personal belongings.

We were not surprised to find that pawn shops were the most successful businesses on Main Street. All too soon we had pawned all of our personal possessions including wristwatches and coats. We ran out of money to even pay the one dollar a night for the hotel room however the manager was nice enough to extend us credit, telling us that he had faith that we would eventually repay him. 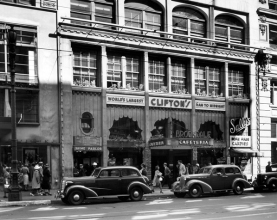 We were most appreciative of his kindness especially since by this time we had also run out of money. So Jack and I rotated scavenging for food. One day, he would get to Cliftons, which was a cafeteria and next day I would go. We would take our trays down the serving counter, make sure to fill our pockets with food for each other and then buy only a cup a coffee at the other end. Clearly we had hit rock bottom.

Stay tune for the rest of the story in our next column.